Book by Kathy Craddock                Music and Lyrics by Ron Klipp
Directed by Kathy Craddock and Bob Laughlin
Set Design by Rich Mason                    Costume Design by Nicki Chalkley
The children's letters have been particularly distressing to Santa this year - too much materialism and greed.  The more he reads, the more disillusioned he becomes.  When Santa refuses to make his Christmas Eve around-the-world flight, Mrs. Claus and his elf friends pull out all the stops in some zany attempts to rally Santa from his depression.  Finally, confronted with the simplicity of one child's unselfish Christmas wish, Santa realizes his attitude has been tarnished by circumstances and people around him.  As Santa's faith is restored through reaffirming his purpose in life, the mystery behind the greedy letters is revealed.  Then, this fun-filled adventure ends at just the right place - Bethlehem. 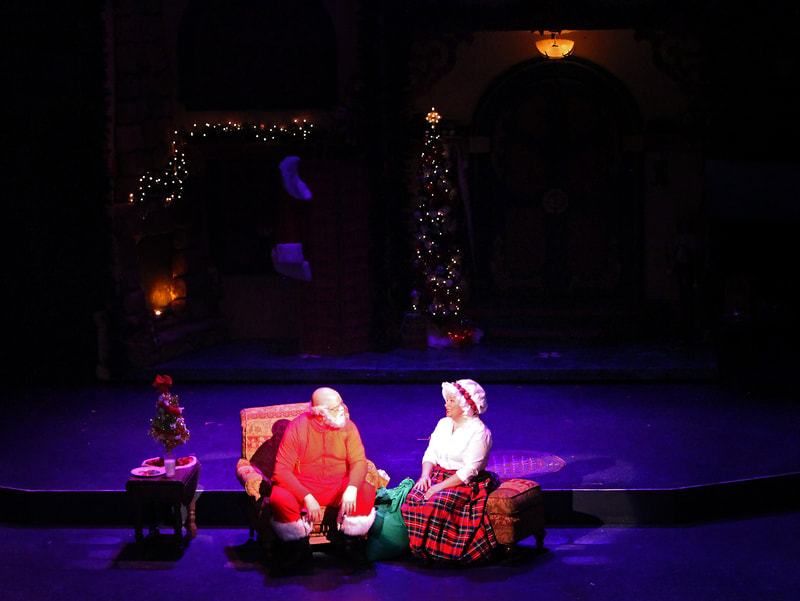 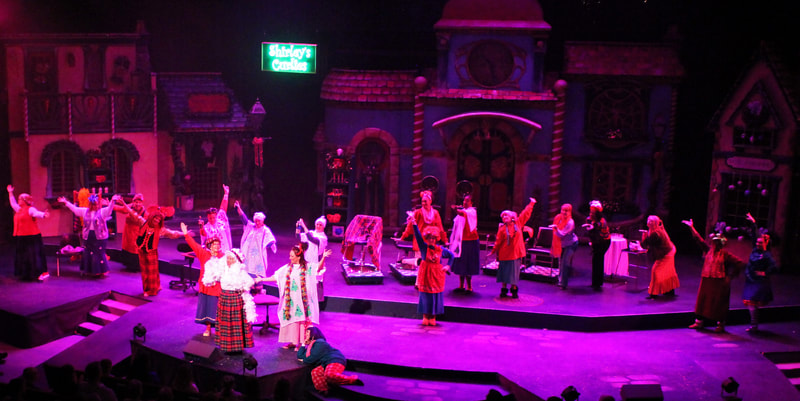 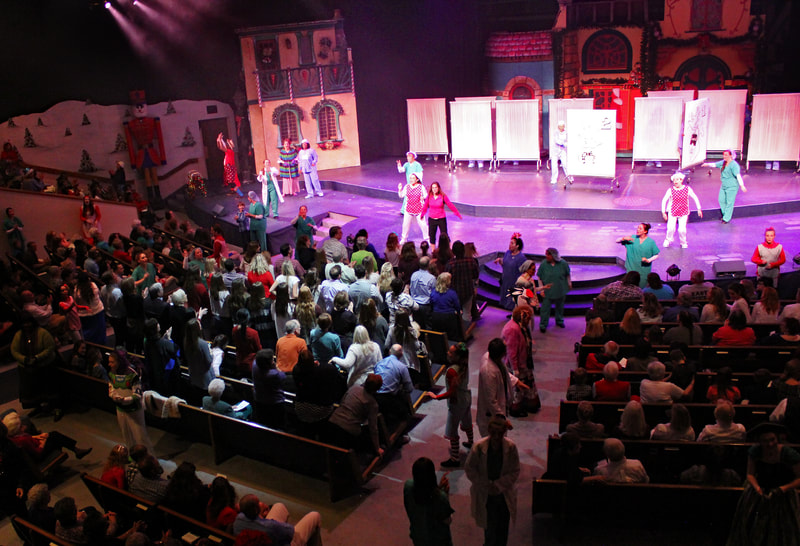 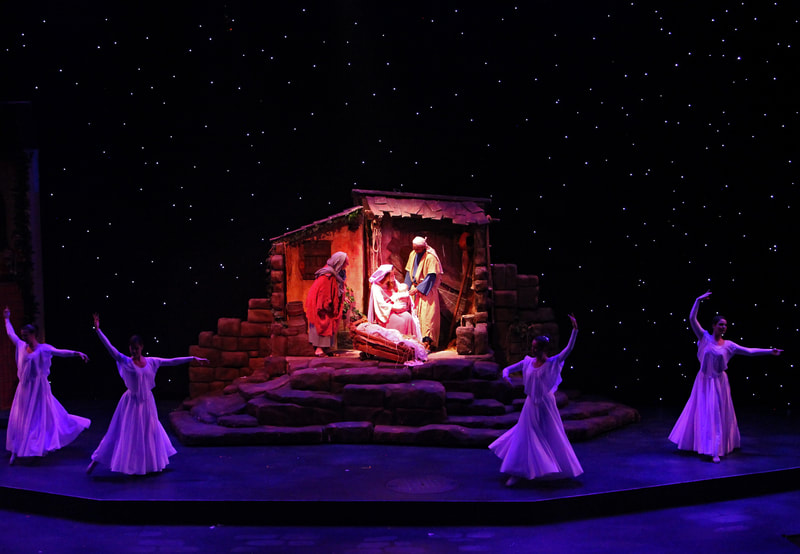 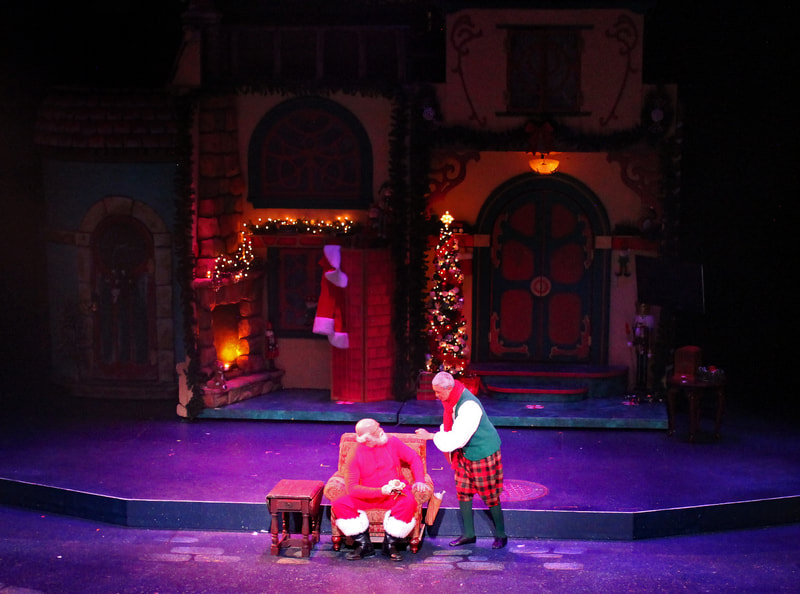