By Charles Busch
Directed by Penny Ayn Maas
Set Design by Frank Foster                       Costume Design by Alex Valentin
Imagine Gidget crossed with The Three Faces of Eve and Mommie Dearest!  Chicklet, a perky teenager in Malibu Beach circa 1962, wants to learn to surf and join a group of beach bums led by the great Kanaka.  Unfortunately, she suffers from split personalities.  Among them is a black check out girl, an elderly radio talk show hostess, a male model named Steve and the accounting firm of Edelman and Edelman.  Her most dangerous alter ego is a sexually voracious vixen named Ann Bowman who has nothing less than world domination on her mind! 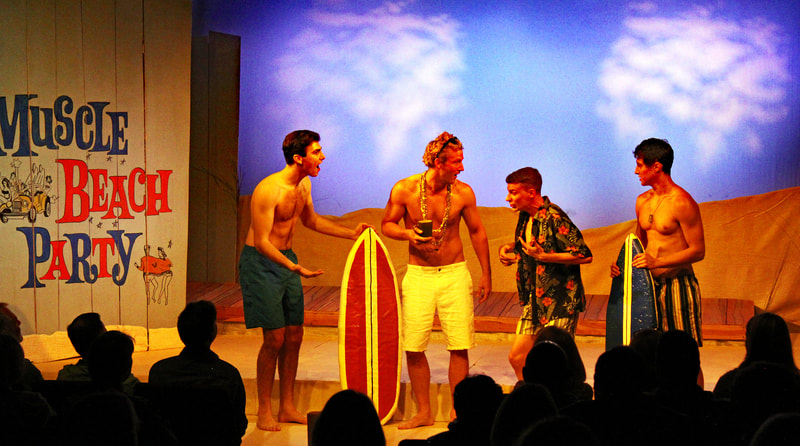 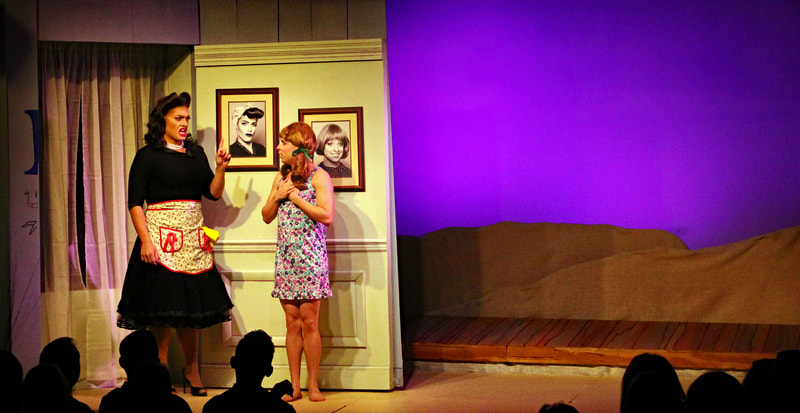 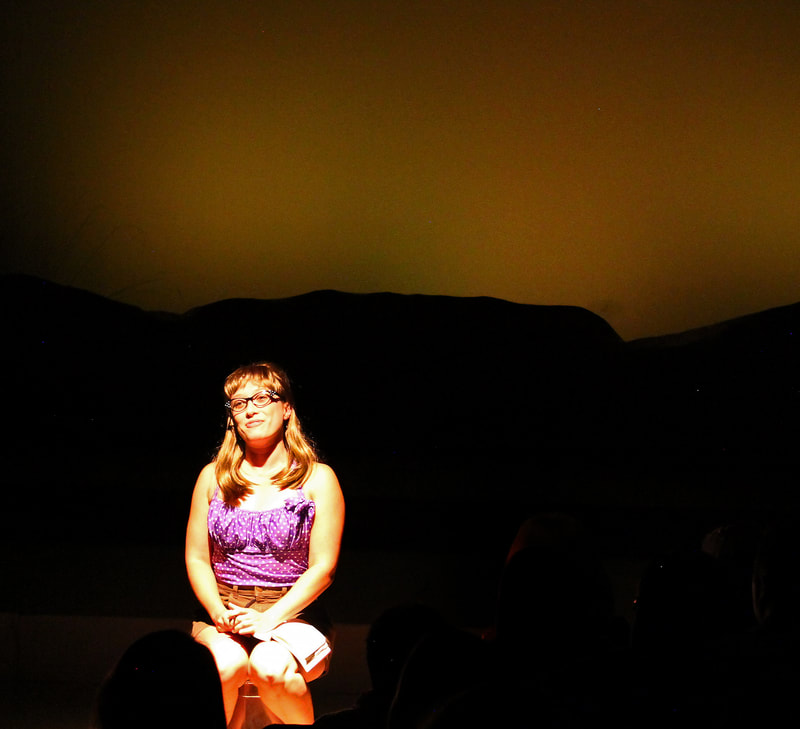 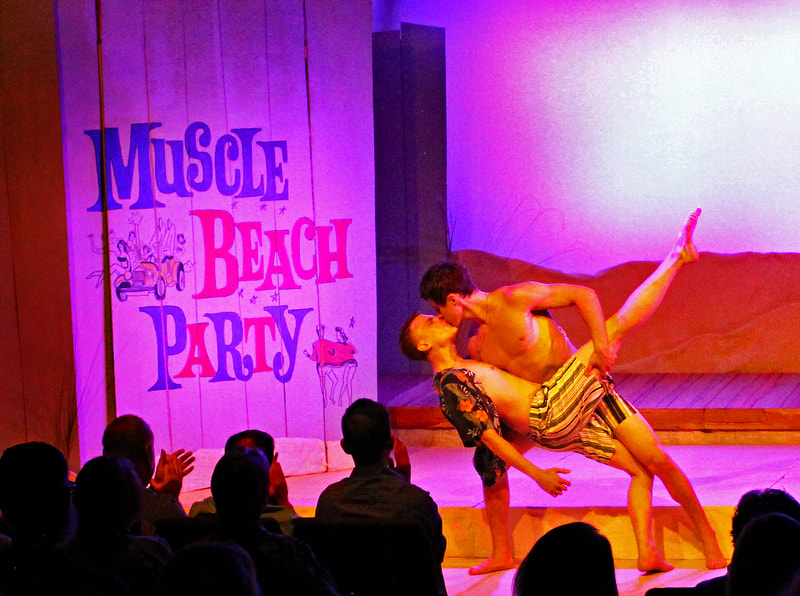 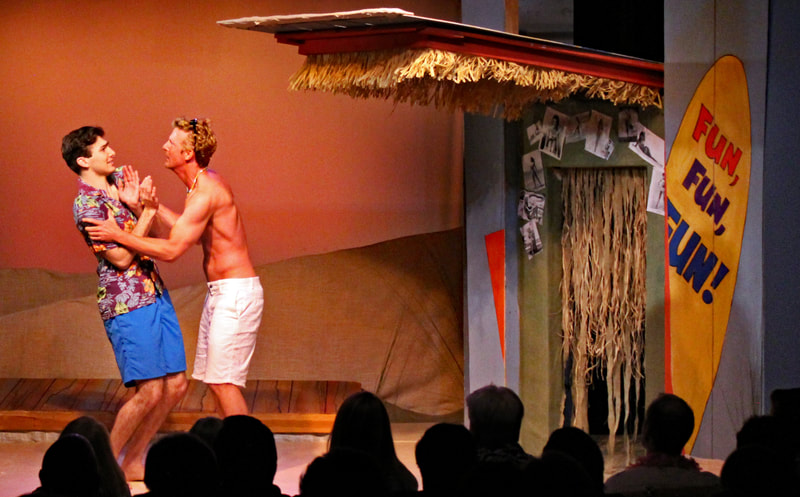 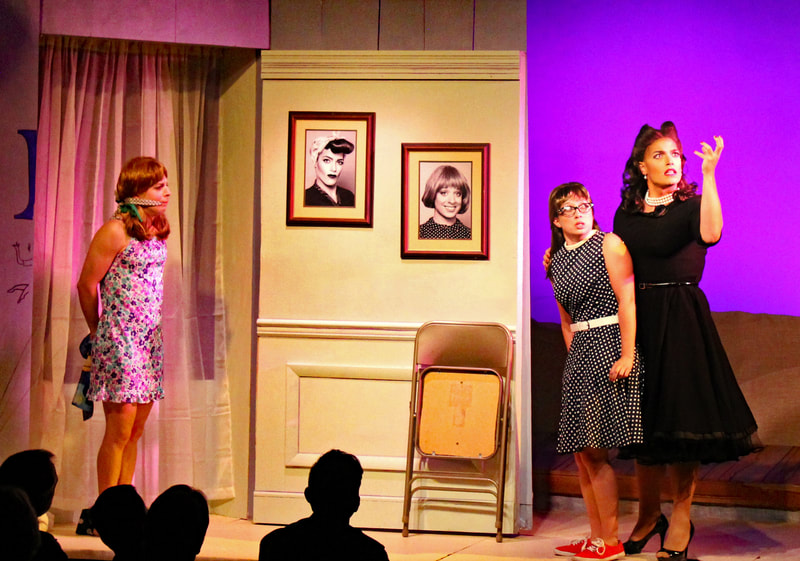 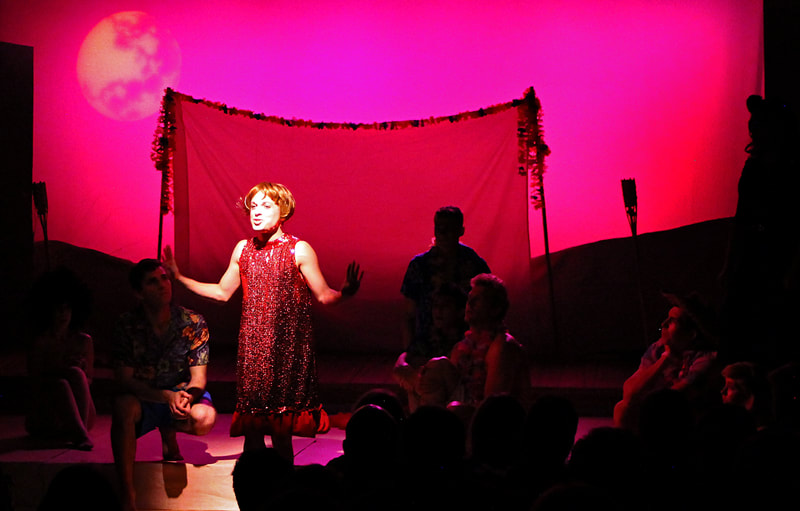