Music and Lyrics by Arthur Gilbert and W.S. Sullivan
Directed by Victor Maog
Choreography by Ernesta Corvino
Set Design by Richard Finkelstein                Costume Design by Dawn Testa
In the Pirates of Penzance, Frederic was a child apprenticed to a band of tenderhearted, orphaned pirates by his nurse, who being hard of hearing, had mistaken her master's instructions to apprentice the boy to a pilot.  Frederic, upon completing his 21st year, rejoices that he has fulfilled his indentures and is now free to return to respectable society.  But it turns out that he was born on February 29 in leap year, and he remains apprenticed to the pirates until his 21st birthday.  By the end of the opera, the pirates, a Major General who knows nothing of military strategy, his large family of beautiful but unwed daughters, and the timid constabulary all contribute to a cacophony that can be silenced only by Queen Victoria's name. 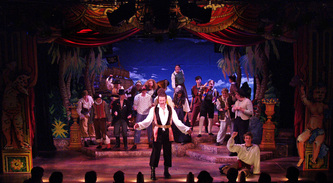 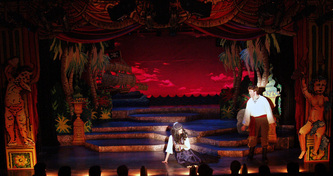 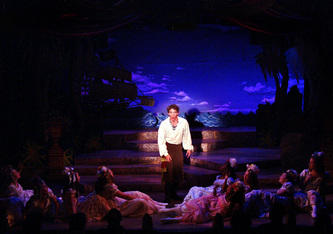 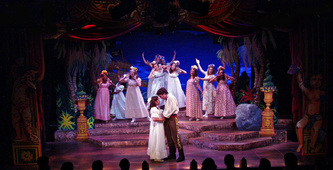 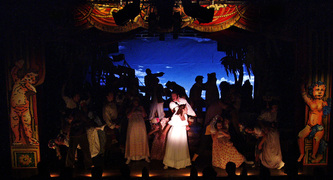 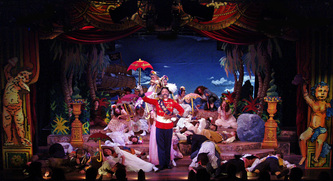 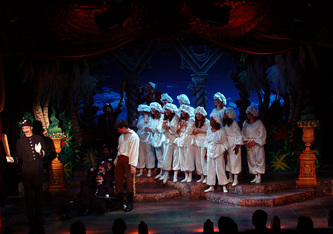 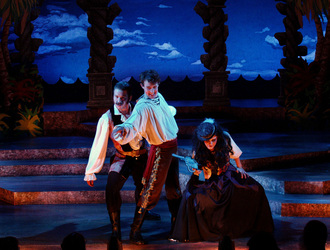 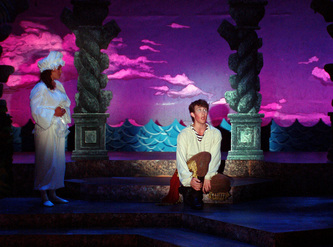 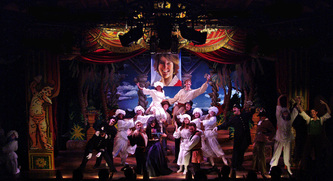