By A. Rey Pamatmat
Directed by Victor Maog
Set Design by Regina Garcia             Costume Design by Tamara Cobus           Projection Design by Michael Jarett
Dr. Kajish and her two assistants, Kamid and Zaka, create a time travel formula to save mankind by giving it endless second chances.  But when Kamid humiliates Zaka one too many times, Zaka drinks the formula and sets off a series of events that threaten to unravel the universe as we know it.  A single touch in an impassioned state spreads the ability to time travel like a disease, and soon people are skipping indiscriminately through past and future events to perform deeds as selfish as defeating enemies, as noble as saving lives, and as simple as negotiating perfect vacations.  The multiple trips through time begin to create multiple versions of events, people, and the universe itself.  But as Dr. Kajish and her team struggle to set everything right, they wonder whether they actually did anything wrong in this time-bending romp through the recent future, the distant present, and a past still to come. 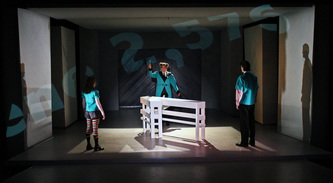 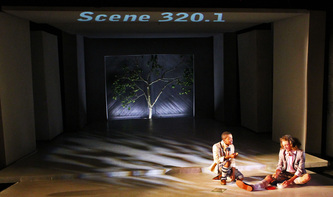 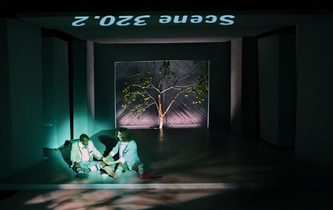 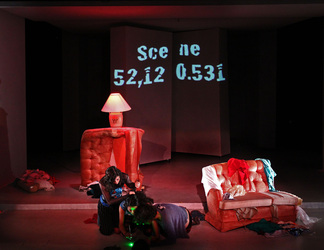 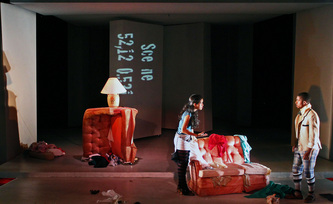 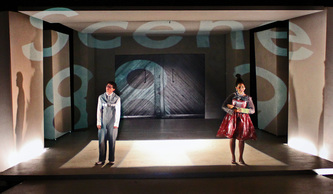 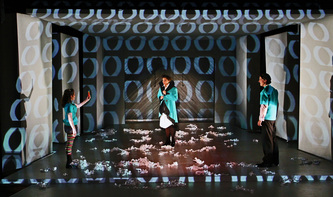