By Timberlake Wertenbaker
Directed by Dennis Beck
Set Design by Richard Finkelstein                            Costume Design by Pam Johnson
Photos by Richard Finkelstein
It is June, 1789 and a lieutenant in charge of the penal colony that will become Sydney, Australia, decides to stage a play, with inmates as actors, to celebrate the King's birthday.  Most can't read, none have ever acted before.  The proposal and rehearsals divide the community over questions of the possibility of rehabilitating convicts, the efficacy of art, and the definitions of humanity.  Timberlake Wertenbaker's inspiring drama was honored with the Oliver Award as Best Play and named Best Foreign Play by the New York Drama Critics.  "... a triumph... a tribute to the transforming power of drama... it is heartening to find someone standing up for theatre's unique spiritual power." 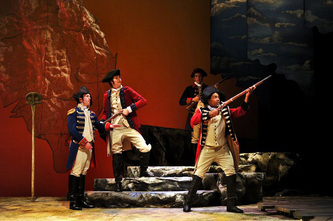 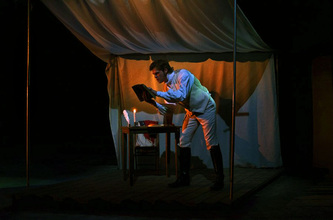 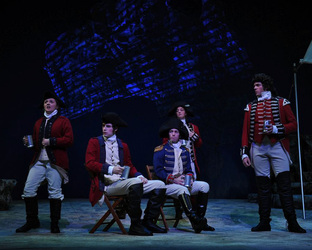 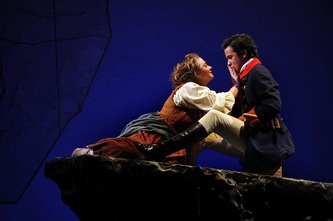 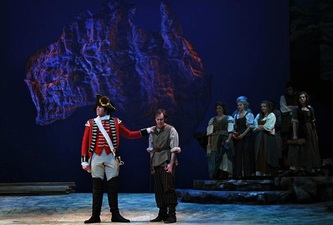 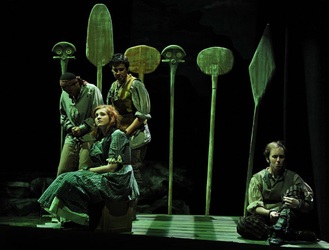 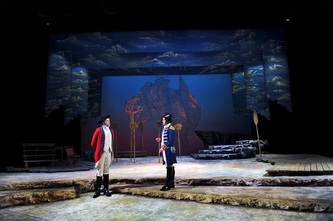 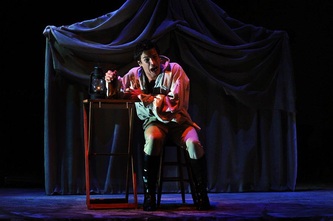 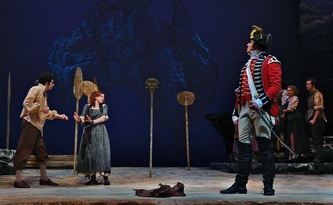 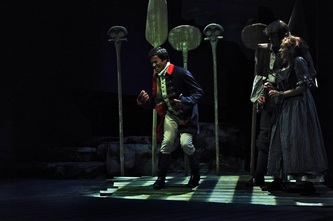 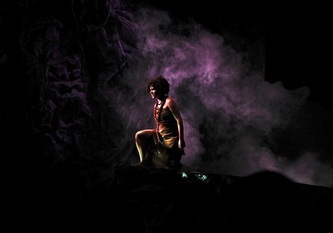 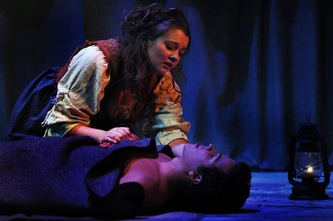 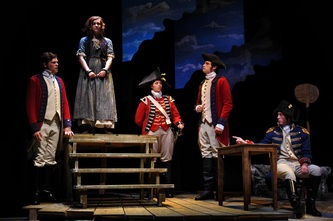 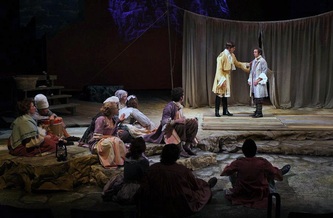 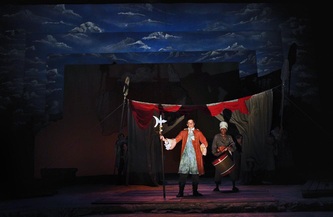