Music by Eric Rockwell                    Lyrics by Joanne Bogart
Book by Erick Rockwell and Joanne Bogart
Directed by Julie Fulcher-Davis
Choreography by Ann Easterling
Set Design by T. Ross Aitken                Costume Design by Alex Valentin
In this hilarious satire of musical theatre, one story becomes five delightful musicals, each written in the distinctive style of a different master of the form.  The Rodgers & Hammerstein version is set in Kansas in August, complete with a dream ballet; the Sondheim version features a tortured artistic genius who slashes throats in revenge for not appreciating his work; the Jerry Herman version is a splashy star vehicle; the Andrew Lloyd Webber version is a rock musical with themes borrowed from Puccini; and the Kander and Ebb version is set in a speakeasy in Chicago.  This comic valentine to musical theatre was the longest running show in the York Theatre Company's 35-year history before moving to Off-Broadway. 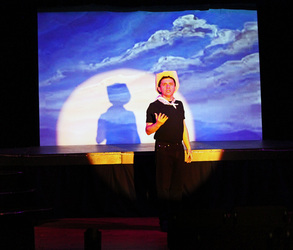 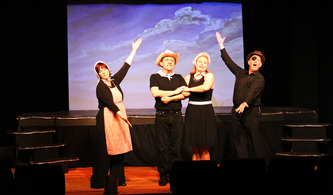 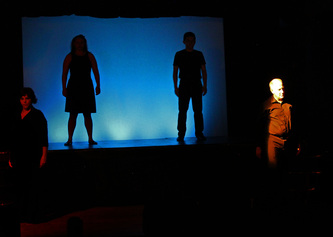 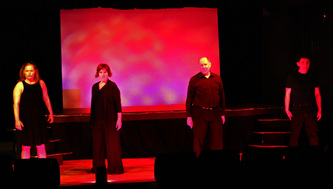 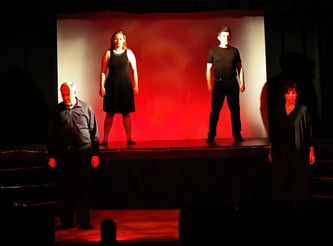 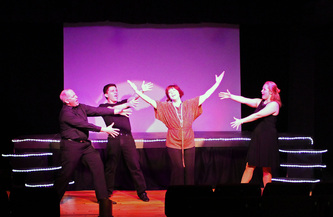 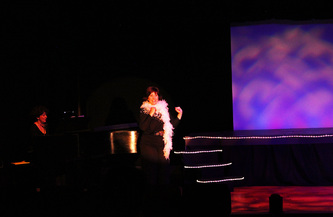 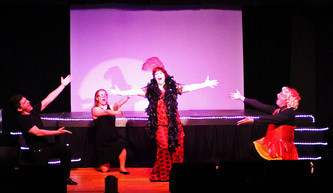 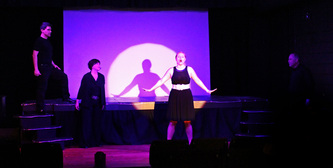 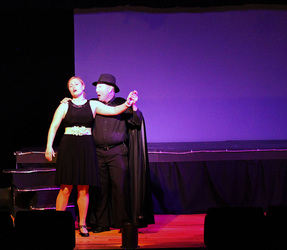 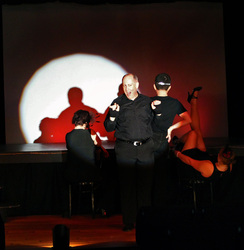 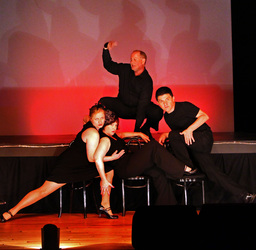 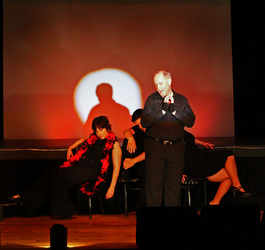