Book by John Cameron Mitchell                Music and Lyrics by Stephen Trask
Directed by Maggie Roop
Set Design by Jamie Nicholas                       Costume Design by Emily Atkins
This groundbreaking rock musical tells the story of "internationally ignored song stylist" Hedwig Schmidt (Matt Shofner), a fourth-wall smashing East German rock'n'roll goddess who also happens to be the victim of a botched sex-change operation, which has left her with just "an angry inch."  This outrageous and unexpectedly hilarious story is dazzlingly performed by Hedwig and her hard-rocking "The Angry Inch" as she sings songs and shares stories of her search for "The Origin of Love" and her other half.  It's a rocking ride, funny, touching, and ultimately inspiring to anyone who has felt that life gave them an inch when they deserved a mile. 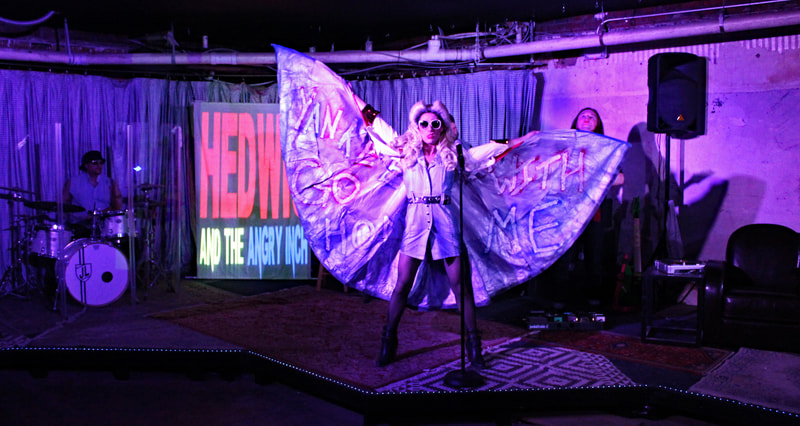 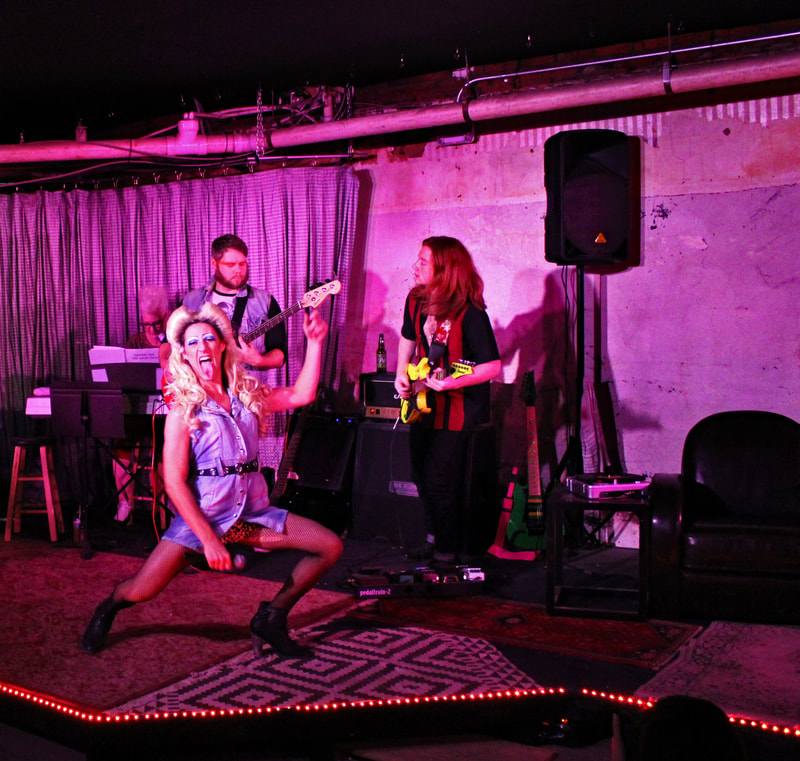 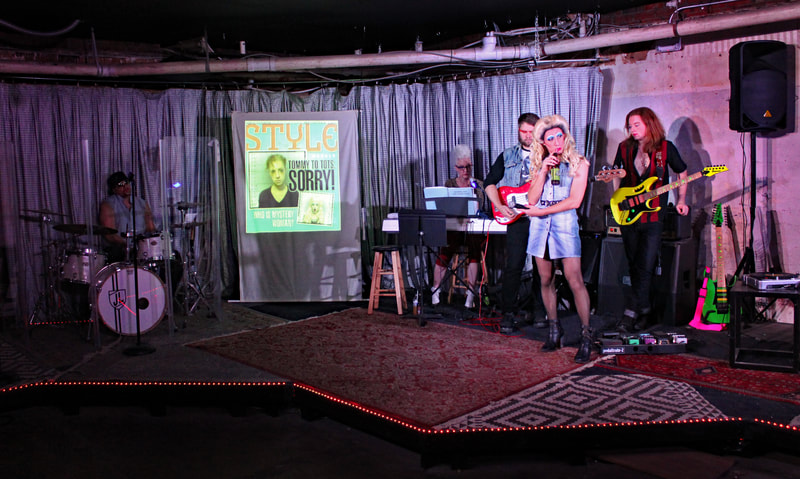 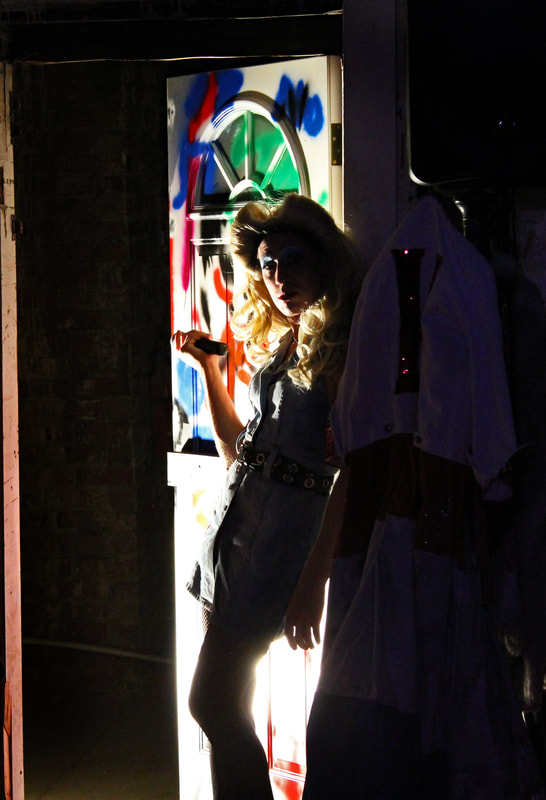 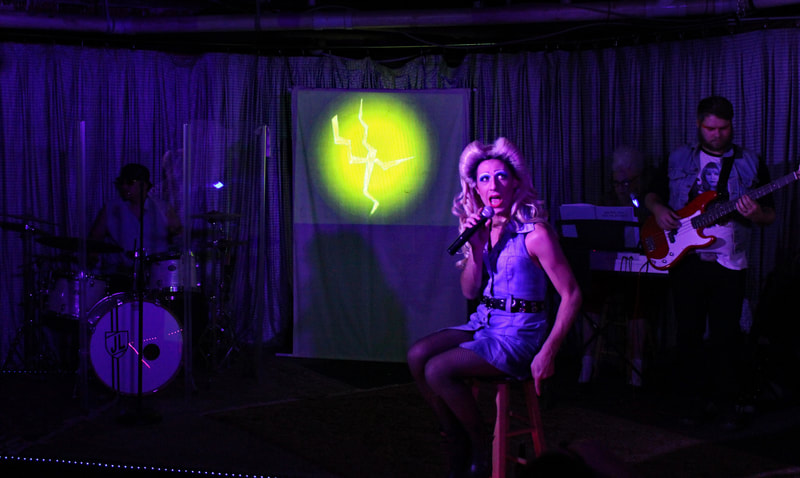 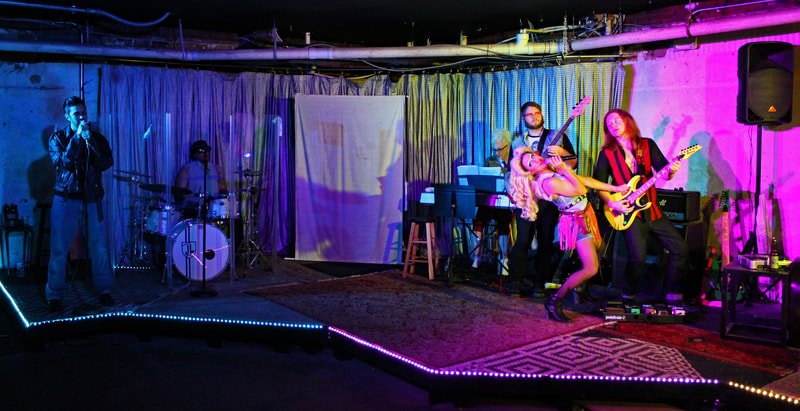 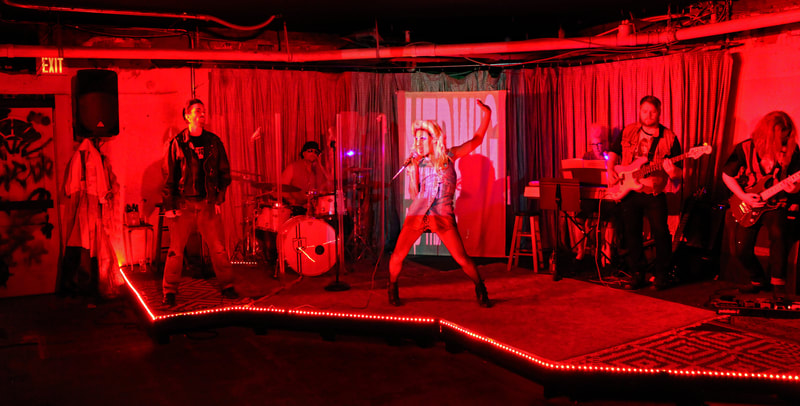 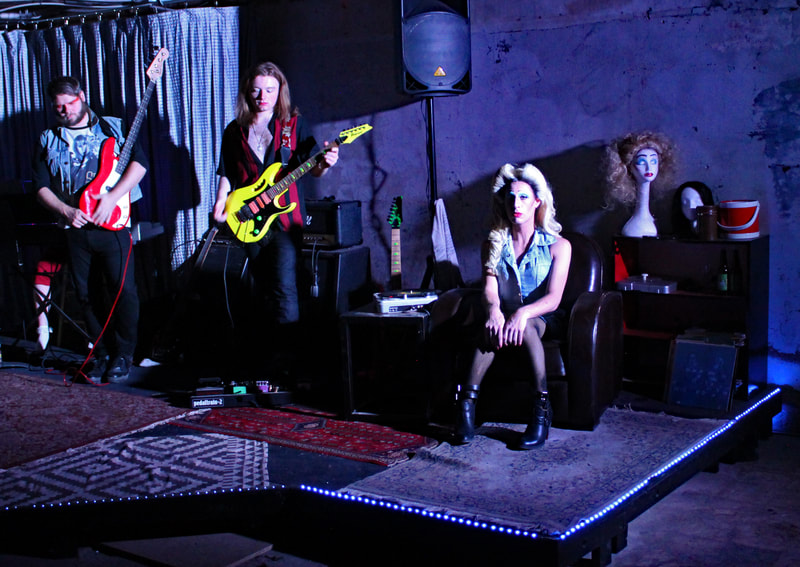 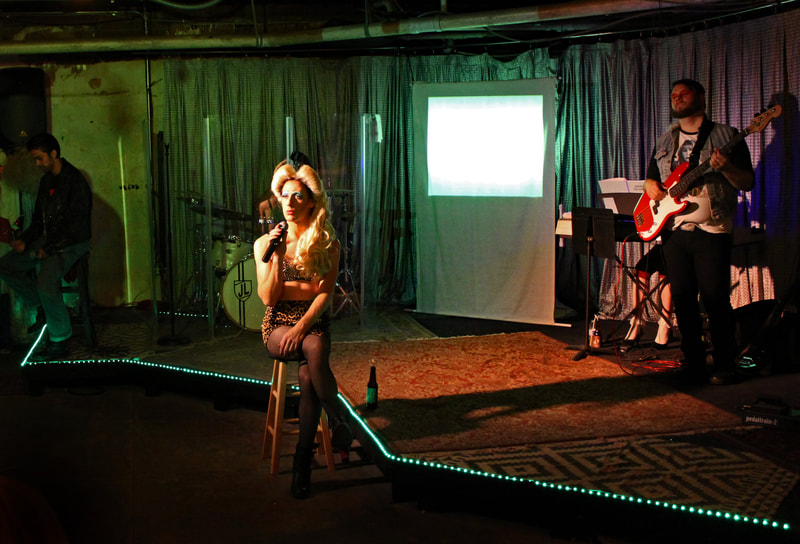 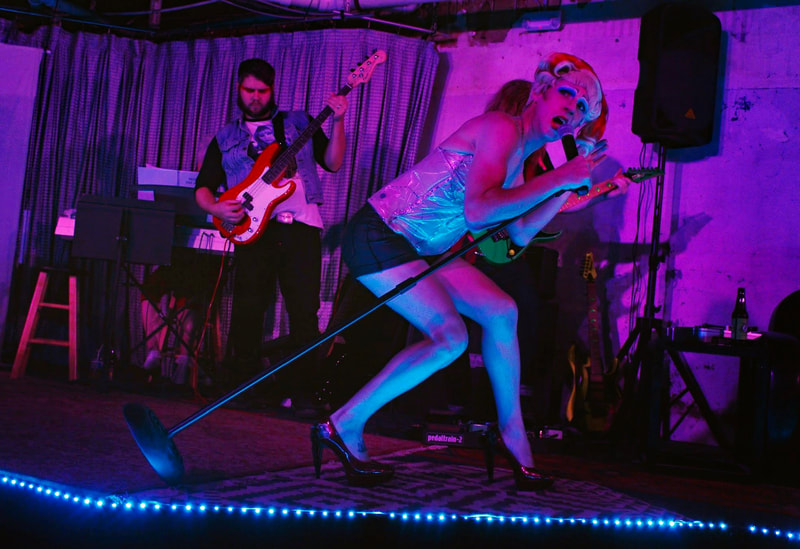 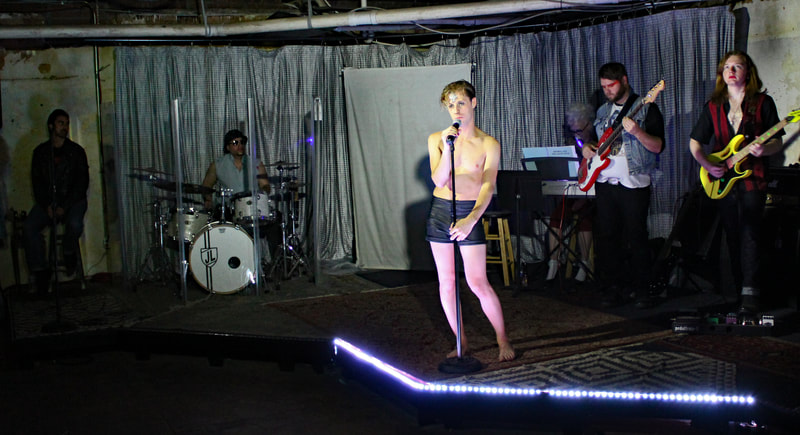