A select group of VCU Dance majors performed Doug Varone's work DEMOCRACY set during a fall residency by Doug Varone and Dancers company member Julia Burrer.  Informed by Varon'e study of a series of 1920s lithographs of communities in crisis, DEMOCRACY elicits feelings of decay and stories about the human condition and is an imensely detailed work that leverages angular movement perfectly suited to Burrer's style of dance and incredible talent as a stager of Varone's work.  DEMOCRACY premiered in December 1997 with an original cast of dancers from NYU Tisch School of the Arts and music by Julia Wolfe.  An award-winning choreographer and director, Doug Varone works in dance, theater, opera, film, television, and fashion and has been commissioned and presented to critical acclaim by leading international venues for nearly three decades.  This residency marked a return to VCU Dance for Varone, who completed several extended residencies here in the early 1990s.  Varone fondly remembers those periods as tremendously productive and among the company's first opportunities to disappear from New Yrok City and focus on creating new works.

Dying/IN by fall Artist in Residence Dawn Marie Bazemore is an exploration of community rooted in the understanding that what affects one affects all.  This collaborative work addresses issues surrounding pertinent societal concerns and how a community of people, regardless of their differences, can support each other and incite change.

In Martha Curtis' new work, Maniacal Rites, five proud and deliberate beings forge a dreamlike but relentless path only to find themselves falling after multiple quests, larks, schemes and fiascoes.

This Borrowed Time by Robbie Kinter and dancers is an examination of the dynamics of group interactions and the impermanence of our existence.  The choreography is fuled by the dancers' improvisations, Sufi and Yoga practices, and Gurdjieff's idea that most human live their lives in a state of hypnotic "sleep walking."

Through the winding intricacies of shape, space, gesture, and physical contact, Exurgent, choreographed by Autumn Proctor Waddell explores the hourney of ten individual women seeking clarity and compromise in varying relationships.  In partnership with the music of Zoe Keating, Exurgent reveals physical struggles and divides that accompany the complexities of language.

Tensegrity, choreographed by Scott Putman, finds its form by stabilizing the oppositional forces of push/pull and tension/contraction while balancing the internal and external forces of sensual and sexual masculinity.  Six men powerfully press open the spatial matrix, suspending themselves within the dance's infrastructure while simultaneously defining their individual identities within the work.

Diamonds in the Rough, a new trio by Melanie Richards, visualizes the sublime, dreamlike Andante movement from Mozart's Piano Concerto No. 21.  Stepping into this exquisite music is like stepping into a crystal clear spring of cool water.  The lushness of the sound drives the dancing, subtly and inevitably yielding a perfect harmony of sound and motion.

Two women embody and reveal an ancient conversation within an unending flow and essential attention to the presence of water; a metaphor for the timelessness of cultures sustained by it in The Slender Grace of Water, a duet by Judith Steel inspired by the essential nature of water.  The piece was accompanied by a traditional raga from northern India providing a meditative and ongoing through line of sound. 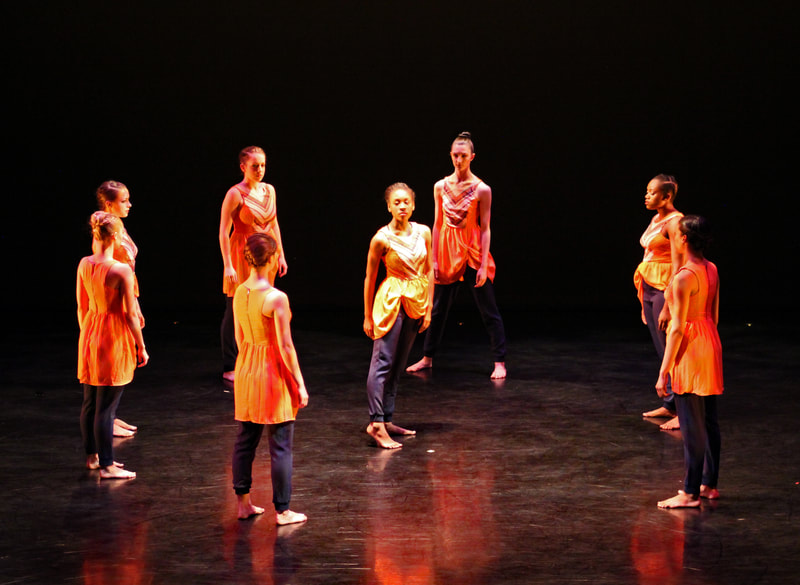 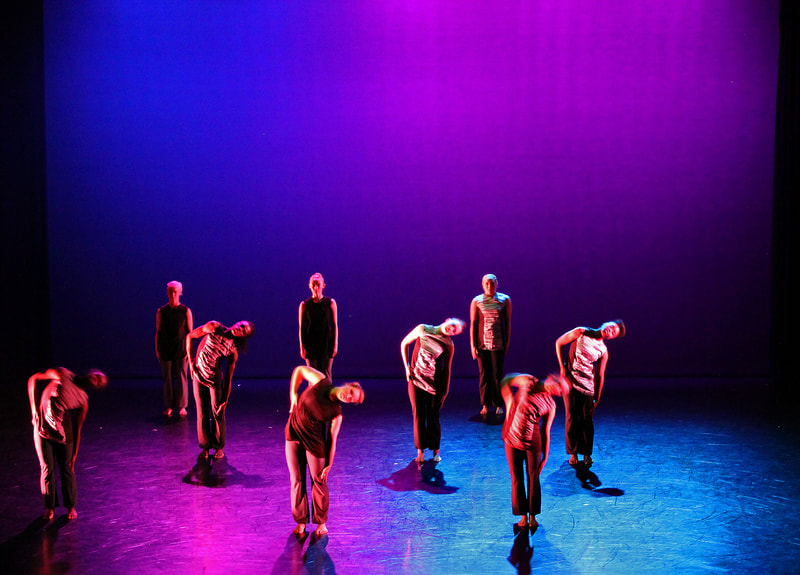 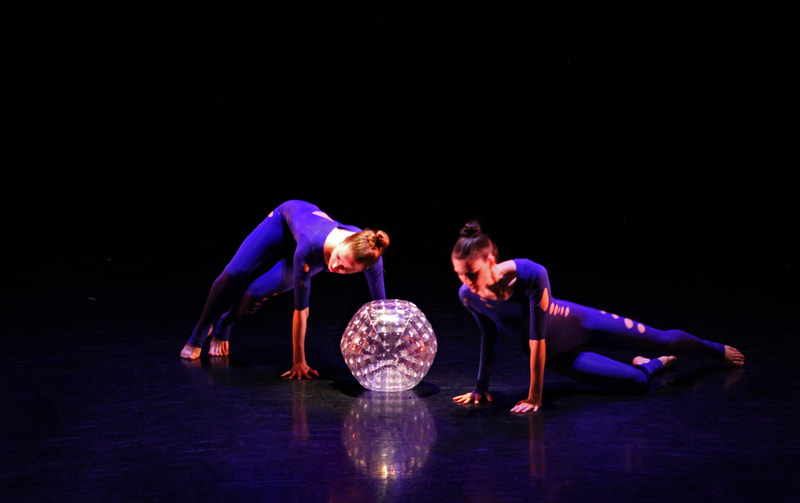 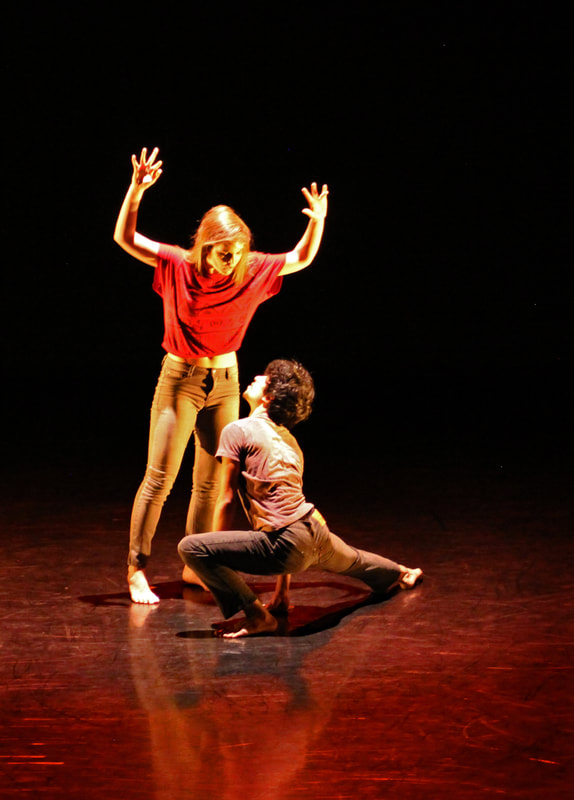 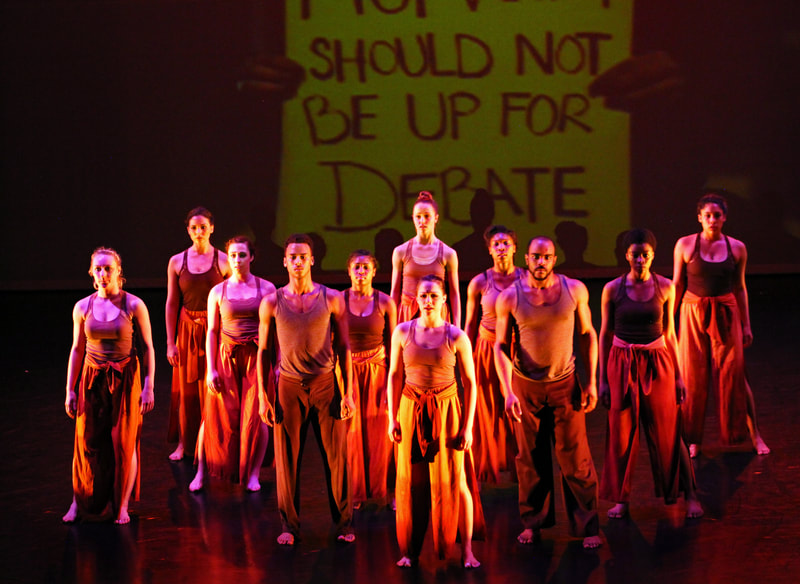 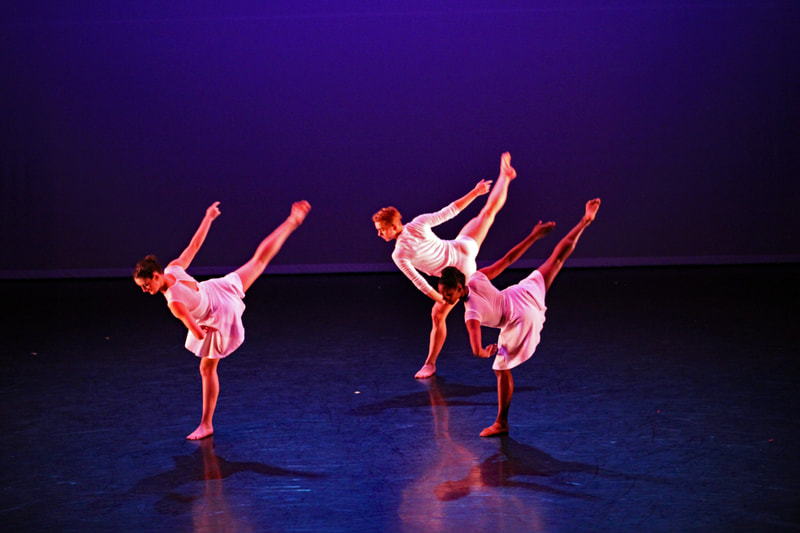 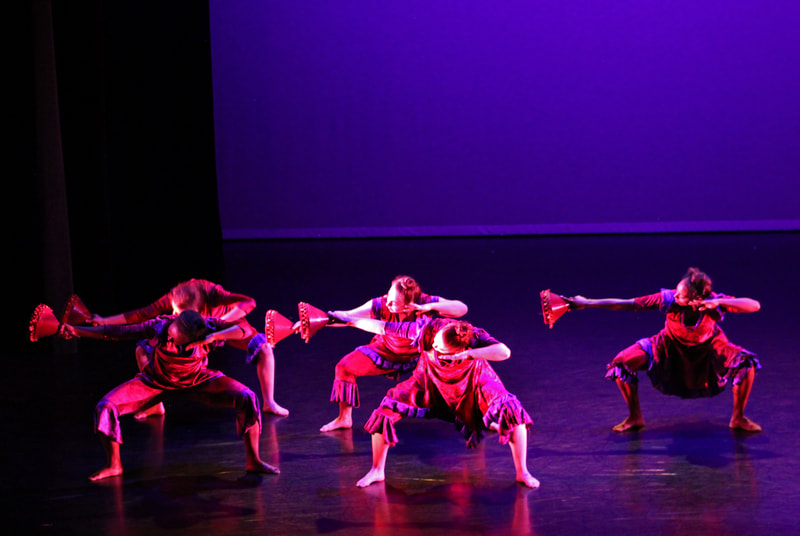 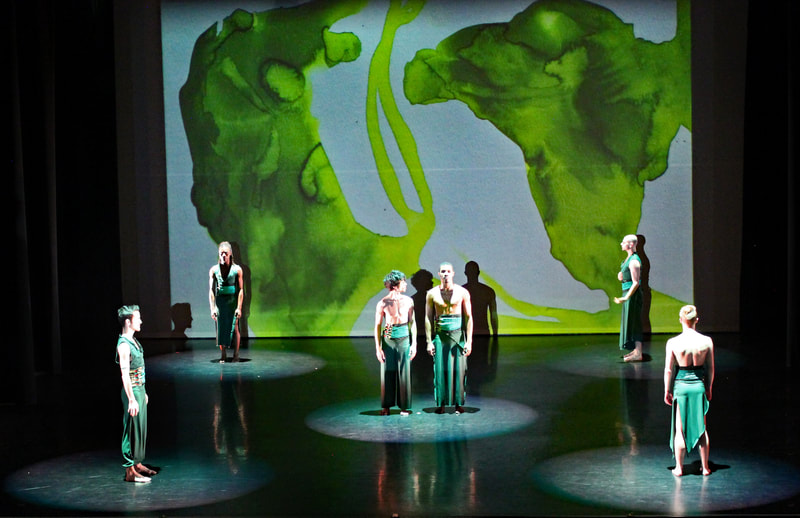