Directed by James Frazier
Costumes by Tamara Cobus, James Frazier, and Christian von Howard
VCU Dance NOW featured a reconstruction of Shelter, an American masterpiece choreographed by Urban Bush Women's founder and Artistic Director Jawole Willa Jo Zollar, funded in part by a grant from the National Endowment for the Arts.  Zollar choreographed Shelter, a dance for six women, in 1988.  In a 1990 review in The New York Times, Jennifer Dunning wrote: "Jawole Willa Jo Zollar's 'Shelter,' the program's closing number, drew the audience to its feet in a tumultuous roar of applause.  The group dance, an excerpt from 'Heat,' take a look at the homeless.  It is so filled with compassion and anger that it becomes a powerful incantation against the evils of obliviousness and neglect."

This version of Shelter looks at the same issues through the lens of the aftermath of Hurricane Katrina in New Orleans.  VCU Dance majors performed the work.  Susan Hamburger was the original lighting designer. 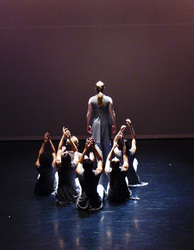 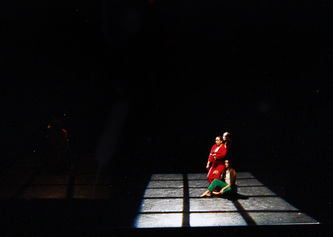 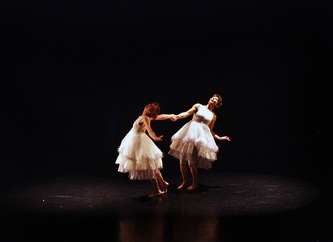 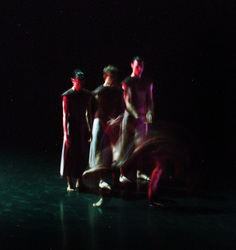 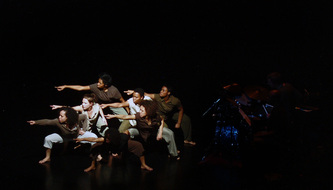